Over the May bank holiday weekend LFG Bon Soleil participated in the NESDA (New European Speech and Debate Association) Spring Tournament 2017, on site at the American School of Barcelona. Debate is a regular activity among the American schools throughout Europe but this was Bon Soleil´s first time being involved in the tournament and although our students did not reach the final, it was a fantastic learning experience for all involved. Students were judged by a number of different factors which included content, delivery, poise, gestures, strategy, structure, timing and understanding the issues.

Bon Soleil students were involved in two of the events, Debate and Original Oratory. Other events in the tournament include Duet acting, impromptu speaking and Oral interpretation of literature.

Marrietje Carranza (Bachibac) and Ophelia Korontini (2nde) competed in the debate tournament and dealt with resolutions concerned with issues grounded in the inherent conflict between the philosophical schools of Individualism and Collectivism, when the interests of the community conflict with those of the individual, whose rights should prevail? Both girls showed their intelligence and adaptability in delivering well thought out arguments with an excellent level of English. This is particularly noteworthy considering the majority of the students participating in the tournament were from native English speaking families. It goes to show the progression in the level of English amongst our students in Bon Soleil.

In the Original Oratory category Gabriel Tedone (Bachibac) gave a really inspiring speech on how young people prefer being cool than being kind and pointing out the benefits of being kind rather than cool. Monica MacDonough (Bachibac) delivered an oratory on the causes and effects of consumerism in modern society. Their involvement in this event, and also listening to the other competitor’s oratories, definitely gave them a better understanding of how to present and talk in public.

We would like to sincerely thank our alumni Helena Citores and Mar Niella for helping us out as they were judges in various events throughout the tournament.

We are extremely proud of our students as they demonstrated courage, ability, intelligence and composure in getting involved in the debate tournament.

Here are some of their comments on their experience:

Ophelia said “It was a great experience that put me out of my confort zone and it allowed me to see what are my strengths and weaknesses which I think is very important. It also allows you to improve your skills and to manage your stress. It’s a very good way to learn a lot of things but differently since it’s a debate and not a classical lesson. I would without doubt repeat the experience if I could.”

Marrietje added that “I learned a lot about public speaking and how a debate is done in English. Some of the other students had very good arguments, techniques and styles of speaking. It was great because I was learning from my peers. I would definitely repeat the experience” 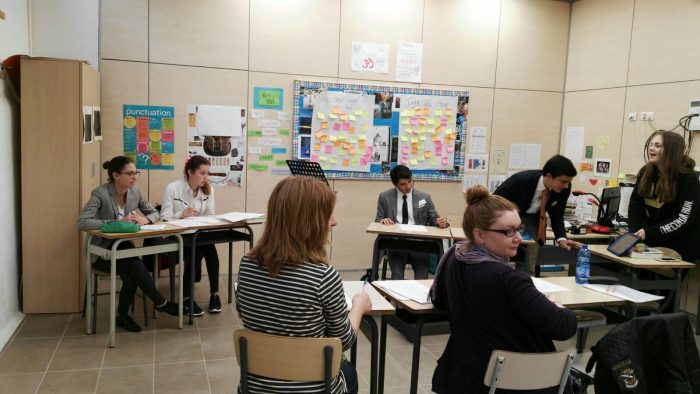 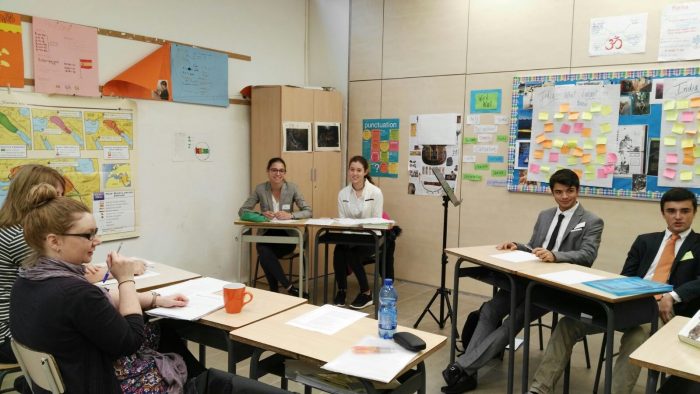 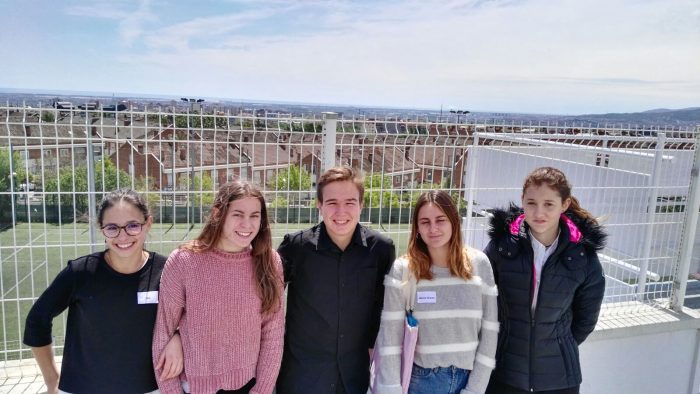